IN THE WOODS: STORIES FROM LAKESHORE ROAD 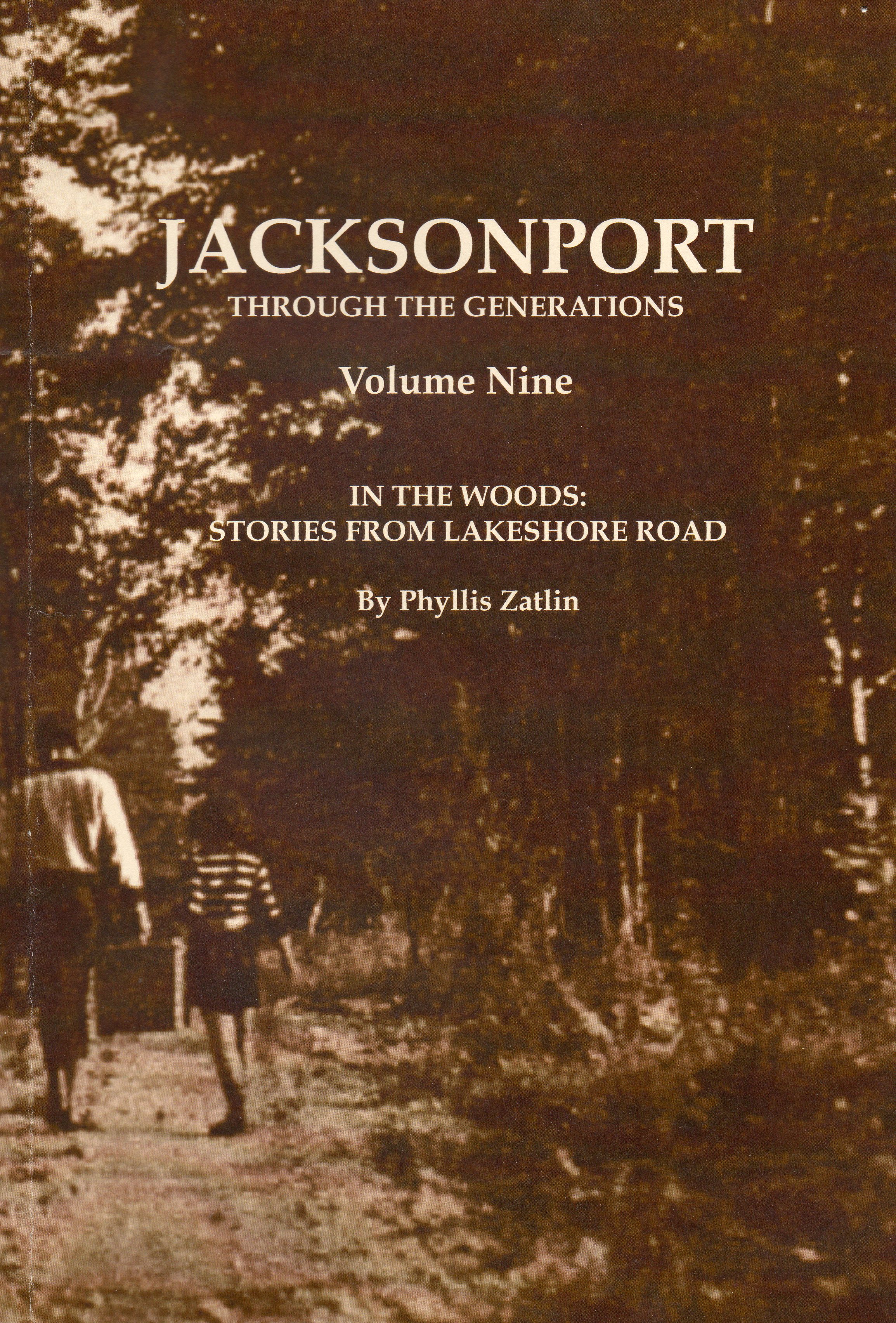 In the Woods: Stories from Lakeshore Road traces the history of this .85 mile stretch from the 1920s to the present. After the logging industry died out, sales of individual lots along the Lake began. The earliest buyers were Dr. Arnold Jackson, of Madison; Peter Hocks; and Frank and Ellen Butler Zatlin. Frank was from Chicago, but Ellen had been born in Jacksonport and quickly shared with her new husband her love of these woods.

The first homes along the shore were log cabins. In the 1930s, other styles of houses followed, including one that has been labeled the classic Door County cottage. Intended for use in summer only, these early homes generally had fireplaces but no modern conveniences. A chapter titled “Call It Camping In” incorporates childhood memories of several present and former residents of how they had fun even without electricity, running water, or indoor plumbing.

A chapter is devoted to the family of Dr. Arnold Jackson, a nationally-known thyroid specialist. Other chapters take a look at educators, lawyers, musicians and artists who have made Lakeshore Road their getaway. The list of residents, past and present, includes a number who have achieved fame in their respective fields, ranging from a well-known violinist with the Chicago Symphony,
an artist who has served as president of the Door County Art League, a U.S. District Court Judge whose son became governor of Wisconsin, distinguished professors at various universities, and successful entrepreneurs.

Separate chapters review lodging on Lakeshore Road, how people not from Door County found their special places, and the influence of family and friends in attracting others to the wooded shoreline. Also considered are the problems that have occurred over the years, including natural ones, like the rising and falling of water levels, and manmade ones, like boundary disputes.

The book includes numerous black and white photos, two colored ones of current residents, a fold-out map of the road with fire numbers, and an index of proper names. The author, Phyllis Zatlin, is daughter of two of the original lot owners.

In the Woods: Stories from Lakeshore Road is available from the Jacksonport Historical Society Jacksonporthistory@charter.net. Price is $20, plus shipping and handling. It is also sold at the Craft Cottage and Bley’s Grocery in Jacksonport and at bookstores in Sturgeon Bay, Sister Bay, and Baileys Harbor.