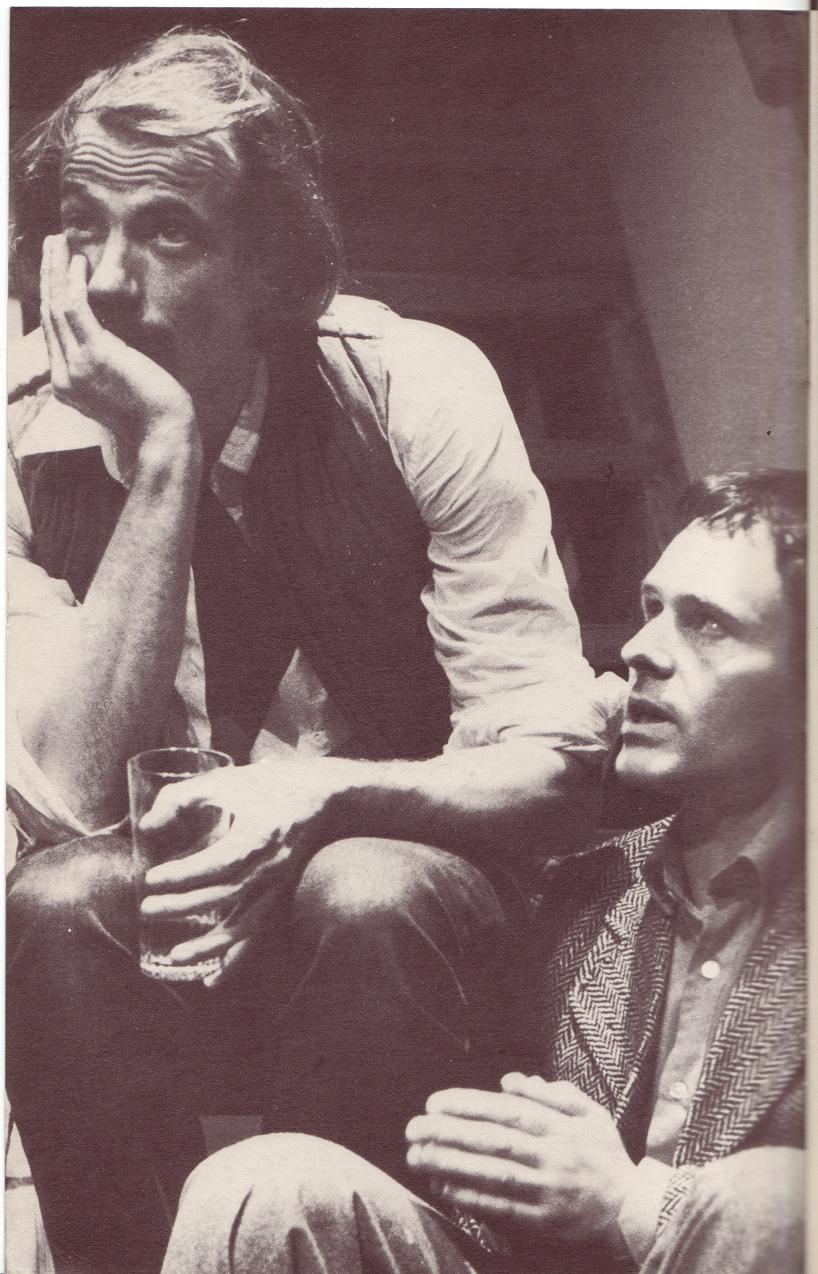 Two friends, who had shared leftist ideals in their youth, meet again. Peter has seen the idealistic, liberal political movement of his youth evaporate in a materialistic world. While his friend Alan has sold out to the establishment, Peter has remained firm in his nonconformity. He has, however, also deteriorated into a stage of alcoholism in which he cannot remember his violent acts or his verbal harassment of his estranged wife. Alan's unexpected visit forces him to confront his own truth

First directed by Roger Blin, in 1981. At the time of the premiere, critic Guy Dumur felt that it had given Patrick Chesnais the best role of his career. With the same actor in the role of Pierre, Le Bleu de l'eau-de-vie moved from the Petit Odťon to the Petit-Montparnasse in 1982. It was also staged at the Off-Avignon Festival and was revived in Paris in 1990.

The English translation, as yet unstaged, is published in the on-line play translation journal The Mercurian, Vol. 2, no. 3 (January 2010).